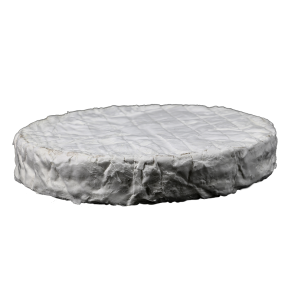 Brie de Nangis has a stronger flavor than that of Brie de Meaux, it is produced in Seine et Marne.

The crust is covered with a slightly striated white fuzz and spotted with red to brown pigments. The paste is yellow under the crust and the heart is chalky but not runny.

Here is one of the last remnant of the local bries less known than the AOP of Meaux or Melun. Formerly this cheese was made in farms close to Nangis for local consumption.

Its production ceased during the Second World War and was resumed in the early 1980s. It has kept the name of the locality where it was born, even if it is now produced on the Tournan-en-Brie area. Its maturation requires 4 to 5 weeks.