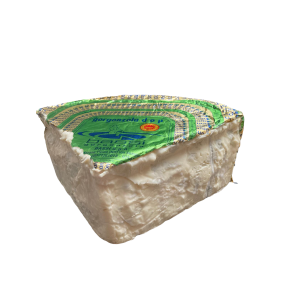 Gorgonzola is a veined Italian blue cheese that originated in the Milan region of Lombardy. The village of Gorgonzola was once an important stopover for cow herds in transhumance.

Originally, Gorgonzola owes its uniqueness to the introduction of mold strains of penicillium glaucum. The cheese is generally fine and soft. As the cheese ages, it goes from an ivory color to a light ocher and takes a typical flavor. It is then called Gorgonzola Piccante (maturation: 3 months).

Flavor: mild to sharp and spicy depending on maturation time

This Italian cheese was created in 879 in the natural caves of the valley of Valsassina. According to law and tradition, only the following provinces are involved in the production of Gorgonzola cheese: Novara, Vercelli, Cuneo, Biella, Verbania and the territory of Casale Monferrato Piedmont and Bergamo, Brescia, Como, Cremona , Lecco, Lodi, Milan, Monza, Pavia and Varese for Lombardy.

Only the milk from the farms of these provinces can be used to produce and therefore give the protected origin (D.O.P.) designation to gorgonzola cheese. It guarantees the cheese quality starting with the raw milk.