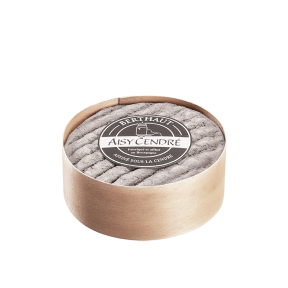 Aisy Cendré is a cheese from the Burgundy region. It takes its name from its geographical origin, the town of Aisy-sur-Armançon and its refining process. After washing the rind with marc de Bourgogne, it is covered with ashes of vine shoots that give it its greyish color.

Flavor: frank and typical depending on maturing time

Originally this cheese was made with the milk of cows of the Eastern Red Pie breed. The Aisy Cendré was probably stored during the months when milk production was most intense and prices were lower. It was used to feed the workers during the months of harvest and grape harvest.