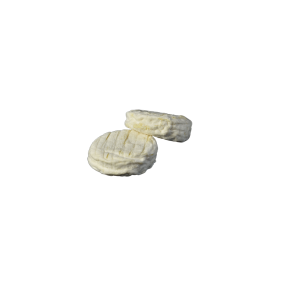 Saint-Marcellin is a soft cheese with lactic character not mixed or pressed, made from whole cow's milk, not standardized in fat and protein, raw or thermised.

It takes its name from a village in Isere at the foot of the Vercors. Today famous and marketed throughout France, it is exclusively manufactured on a well-defined territory including Isère, Drôme and Savoy.

St Marcellin has a history which dates back to Louis XI, governor of the Dauphiné, who would later become King Louis XV (1423-1483).

But it was in the XIXth century that the cheese became more popular, under the leadership of Auguste Casimir-Perrier, minister of Louis Philippe, who would have said after tasting the Saint-Marcellin in 1863: “It's delicious ! You will deliver this cheese to the castle every week.”