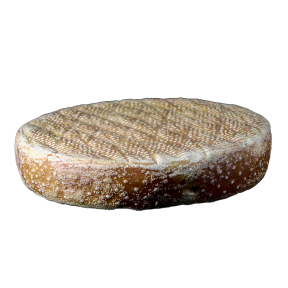 Munster is a cheese that best characterizes Alsace and its land. The name "Munster" is a linguistic deformation of the word “Monastery.”

Alsatian Munster cheese is often eaten with cumin or caraway, especially in Paris. The refining of the Munster cheese lasts between 2 and 3 months in a damp cellar where it is regularly washed with brine.

Munster is a very old cheese. It’s history is linked to the monastery that established the town of Munster in the seventh century. This is where the monks created the cheese for the community. The Munster cheese came from the eastern slopes of the Vosges. The town of Munster was subsequently part of the Decapolis and belonged to the Holy Roman Empire. Another cheese, in all points identical, was produced on the other side of the mountain, in Gérardmer (Geromé, in dialect). Munster and Géromé were then sold mainly at the market of Gérardmer. Since that time, Alsace and Lorraine combine their talents to develop the same cheese.