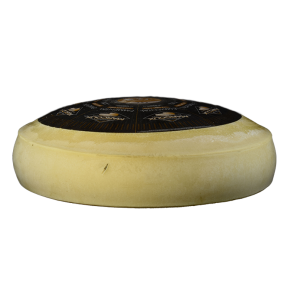 Emmental, Emmenthal or Emmentaler is a hard Swiss cheese whose name comes from the valley of the Emme, an area east of the canton of Bern.

It is a baked pressed cheese, made from cow's milk.

The holes in the texture readily distinguish Emmentaler AOP from any other cheeses. They appear during the fermentation process and vary in size between that of a cherry and a walnut.

It was originally produced on the Bernese plateau, near the valley of the Emme. It is known since the 15th century, and the first mention of the name Emmental dates from 1542. It was in 1815 that the Colonel Rudolf Emmanuel von Effinger set up the first cheese factory in the valley, at Kiesen.