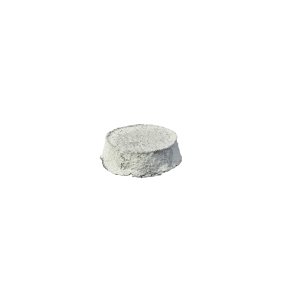 Selles-sur-Cher is a French goats’ milk cheese made in the Centre-Val de Loire region of France. Its name is derived from the commune of Selles-sur-Cher in the Loir-et-Cher department where it was first made in the 19th century.The Selles-sur-Cher has a soft white paste and a downy rind covered with fine wood charcoal powder. It has the shape of a flat disk with beveled edges and weighs 150 grams.

It matures for three weeks in a dry cellar. Originally, it is a cheese for family consumption.

Initially it was a farmer’s cheese, manufactured on a daily basis with the milk of a few goats from the farm for the needs of family consumption. Selles-sur-Cher’s manufacturing process was never written, but was orally passed on from generations to generation. It was not until the beginning of the century that the spoken word gave way to the written word and that a farmer, born in the commune of Selles in 1887, testified that she, and her mother before her, had always made this type of cheese “called Selles” in cheese strainers first made of wood and then made of tin-iron. In the nineteenth century, the collectors, called "coquetiers", who regularly went on farms to collect the products of the farmyard, used to buy these goat cheeses that they sold in the towns of the region. The fact that the main collection and resale center was the village of Selles-sur-Cher explains that the cheese took the name.