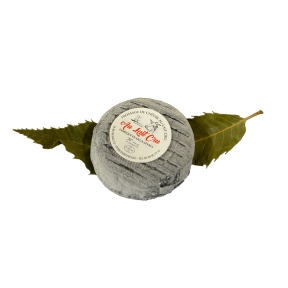 Le Mothais sur feuilleis a goat’s milk cheese made from raw and whole milk. It is white, creamy has a fondant texture, a fine and light odor, and hazelnut aroma.

The cheese takes its name from the commune of Mothe-Saint-Héray in the Deux-Sèvres, but its production area is wider, from the south of Vienne to the north of the Charente and the Charente-Maritime. It has been found in local markets since 1840.

During the maturity period, it is covered in a protective chestnut, sycamore or plain leaf coating, which will absorb moisture and thus give the Mothais a creamier and thinner crust.

There’s evidence of the presence of goats in Poitou since the Neolithic times. The peasants used goat milk mainly for consumption, to feed the children and sometimes the sick, they made cheese with the remaining milk.

In the 19th century, proud of their production, the farmers went to the market of the main city of the county to sell cheese and other products to the “ladies of the city," demanding but loyal customers, as well as the poultry dealers who were sending the products to other major cities.