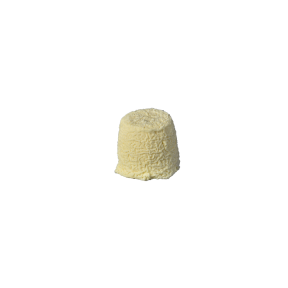 Chabichou is a soft goat milk cheese with a natural rind produced in the Poitou region in France. It has a protected designation of origin (AOC) since 1990. It is identified by a characteristic label with macaroon and suspenders.

It is a small slightly cone shaped cheese with an average weight of 150 grams.

The chabichou is mentioned, in 1872, by the historian Charles de Chergé in his Guide du voyageur in Poitiers and the surrounding area. he mentions the origin of the cheese that comes from the suburb of Montbernage